Plus some pet groups and some blogger friends...I won't forget you! And all the ladies on the Tonkinese Facebook page...lol! Expect a little " sumpin sumpin"...

Now for a reality check...

I am reading this...and really loving this strange character who goes by the name of Aloysius X. Pendergast! I don't think I have read one of these books since Relic...and that might have been a scary movie...but so far it's really yummy! Aloysius is imagined to look like this...hmmmmm...kind of vampirish? I do have a yen for a pale man...

My little kitty girls were this close this morning...

Little zebra finch Jake is looking very lonely...what to do...what to do! He used to do this with Jack...

Now he is a bird alone...sigh! We think he is in mourning...he was wearing a little black wing band this morning.

Steak date night tonight here...I have not had red meat in 3 weeks...I love BrandyWine Prime and their meaty martini! Yum!

Posted by https://booksthoughtsadventures.com at 5:26 AM 9 comments

Oh boy...I think by now you all know my obsessions...books, clothes, kitties, order...buying things in threes...obsessing over things...whoops...TMI...and zebra finches.

Anyway...today Jack died...one of my cute little zebra finches...I rescued him when I was still teaching...another teacher had 3 finches in a teeny tiny cage and Jack's 2 brothers were picking on him...apparently 3 birds in a cage leads to this...I brought him home and we bought him a huge cage and a brother named Jake and toys and an awesome bathtub...finches love to take baths...and he had fresh cucumber slices and salad every day and he only ate Dr. Harvey's Amazing Finch Food which costs a small fortune...when Den laughed or when the doorbell rang or when there was laughter on TV...Jack would chirp away...

Jake and Jack were pure torture for us...we loved and adored them...worried about them...our kitty sitter wouldn't watch them...when we traveled we had to take their entire cage to our friend Mary...and we could never touch them or hold them...they are so tiny they freak out. They have a heated perch. They watch the outside birds through the sunroom windows...and...as far as finch life goes...they were very happy. Jack was the bigger finch...he was the finch in charge. He wouldn't let Jake make nests...I would put nesting material in their cage and Jack would pick it up right away and start building. Jake would hold a tiny piece of cotton or straw in his mouth and just look at Jack in awe. Anything Jake did to the nest Jack would redo. It was funny to watch their antics. Zebra finches like Jake and Jack look very much alike but Jack had a white striped wing and was bigger...much bigger than little Jake. But we could always tell them apart by their behaviors. Sigh!

Den has him wrapped in a paper towel in a Baggie in foil in the freezer...I didn't ask why.

And now there is only Jake...and he has never been alone...plus he is used to having Jack yell at him all of the time. Den says no more birds. Patty, Lucy and Roxie don't agree with this. Jake will not be good on his own...he needs someone to constantly chirp/yell at him. Hmmm...

Plus things are always better in two's. Jake should not be a bird alone!

Reading this still...it's filled with scary and unscary Lycans! Yikes!

Happy Friday! I hope Den remembers that Jack is in the freezer!

Posted by https://booksthoughtsadventures.com at 5:39 AM 9 comments

Finishing this...the heart of this story is the disappearance of Linsey days before she is leaving for her first year of college. What makes this book so interesting is learning about the lives of people who live in her neighborhood. It's a fascinating puzzle that is written beautifully.

More interesting books that came my way...I have not read Clockwork Prince yet and I really want to!

What happens when a young boy finds a baby griffin hiding under his bed? I love books like this.

Dinner! Buttermilk soaked Panko roasted chicken...and Creamy Au Gratin potatoes...I soaked the chicken in buttermilk and then just rolled it in seasoned Panko crumbs...the chicken was so moist and yet crunchy on the outside! I made this last week and am making it again today. Yum!

There is a lovely blizzard outside...sort of on and off and it is really cold!

My new baby...yesterday in the sunroom...my other baby was not far away but still not ready to join her. I truly think Roxie leaves a space for Lucy wherever she is...it is so sweet.

What I really think is that Lucy is beginning to relax with her...Lucy seems less stressed, she doesn't scream any more, she looks for Roxie and knows her name...she loves tapping Roxie and playing chase...but is still a bit apprehensive around her...but I see her let down her barriers more and more each day! Last night they were both in bed with us...just looking at each other...it was late...I was watching TV...Roxie was near my head...Lucy was lying next to me...and they were both just staring at each other...no hisses...no taps...just looking at each other...it was actually sweet and I was afraid to move!

Off to read and watch Rachel Zoe...she is so annoying and yet I am hopelessly addicted...

Posted by https://booksthoughtsadventures.com at 5:29 AM 6 comments

I Am Talking Beans!

Our tacos last night were so good! The beans and greens made them delicious!

Tonight we are having this...from another fave food blog called Make It Naked! My brother John is back in the UK and bought a dish similar to this at a local Farmer's Market. He actually bought a huge container and ate it all. It reminded me of something my mom used to make which is basically giant lima beans in sauce. We had a fun brother/sister discussion about lima beans in the US and butter beans in the UK...but Google says they are pretty much the same thing.

I love Red Moon but I got some great books yesterday and couldn't resist this one...so I put Red Moon aside and I am reading this...it's really yummy...a girl disappears and we learn about it by reading about the private lives of the people in her neighborhood. Yum!

I feel as though I want a springy cupcake...coconut or something like that...not sure why and we are not eating anything sweet until Easter so...no cupcake for me!

Posted by https://booksthoughtsadventures.com at 6:17 AM 14 comments

You have to make this quick bread...so easy...so good...the recipe is on Bran Appetit...

Today I am doing all of the "fine washable" laundry...all of my tops and Den's that have to be hung or gently dried...sigh!
It will be a long day of hanging stuff!

Veggie night...making these for dinner...from a blog I love called "Eats Well With Others"...soft tacos made with big white beans, Swiss Chard, and roasted potatoes.
Oh me oh my...gotta get those greens in!

Posted by https://booksthoughtsadventures.com at 7:17 PM 9 comments

What I Am Reading Now...

Reading this...almost done...every once in a whole there is nothing like a fast paced Harlan Coben...this one is so good I can't stop. The woman Jake loved married another man 6 years ago...now she has disappeared and he is obsessed with finding her. So good!

Next up...these...will I read them all this week? Doubtful...but who knows?

I am making his Unstuffed Cabbage Soup...it uses Savoy Cabbage...which is so pretty.

It's one of these...lol...not sure which one. I think it's the third from the top!

Happy Monday! What are you up to today?

Posted by https://booksthoughtsadventures.com at 5:12 AM 8 comments

Costco...way too big for us! I can't even imagine shopping there!

I think I prefer things in small quantities...yes...I do! Everything I saw was in groups of two or more...we didn't even quite know where we would put things...all of the extra things...it was scary!

Posted by https://booksthoughtsadventures.com at 2:31 PM 6 comments 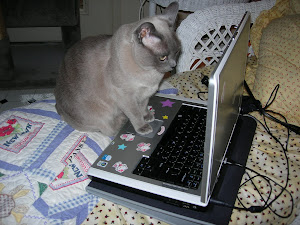 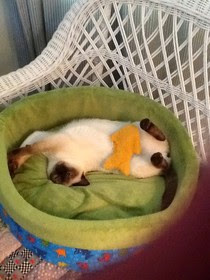